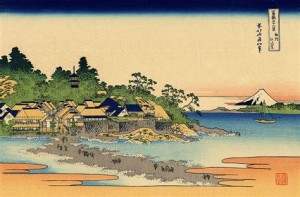 27 years ago today, just off the coast of the island of Enoshima, Japan, I was surfing. It was mid-morning and there was a typhoon swell activating a seldom-surfed break. I caught a few waves that day. and recall eyeing the grilled octopus while walking past the shops to my home a few blocks inland. Work began in a couple hours and I needed to sip some miso soup before jumping on a train.

About half-way home, I ran into a fellow american. He talked about the NBA rookie, Shaquille O’Neal. “Unbelievable. Seven feet tall and quick as a cat.” As we parted he called out “Happy Thanksgiving.”

It was Thanksgiving. I had no idea.

On the train that whisked me off to work that afternoon, I read a book by an author, whose writing resonates with me to this day: Haruki Murakami. I was interrupted when one of my students and her eight-year-old daughter saw me from across the aisle. We visited. They asked me about my family. “It must be hard to be so far away from your mom and dad?” “I have a sister also” I said. “And my grandmother lives with my parents.”

That day in class, I taught a lesson on the Thanksgiving holiday, turkey and pie. And I asked about the Japanese holiday traditions. At the end of class, we went around the room saying what we were thankful for. One man said he was thankful for his mother, who had died from cancer earlier in the year.

I am thankful for so many of you: family, friends, pleasant memories of that mother and daughter on the train, my former students, even Shaquille O’Neal.

And as Haruki Murakami put it:

“Everything passes. Nobody gets anything for keeps. And that’s how we’ve got to live.”

Usually, the day after Halloween falls on a school day, and for teachers it’s the most dreaded of the year – right up there with testing week.

On November 1, the kids drag into school with their blood-sugar levels bobbing like yo-yos. Oscillating between sleep deprived zombies and hyperactive chihuahuas, what should be a normal and productive Thursday morning classroom is completely lost. It’s “scarier than Halloween”. But there are still real life ideas to be learned: capitalism and the black market. Chocolate is smuggled across school boundaries in bags and backpacks. Candy-contraband is passed behind teacher’s backs and dealt to friends at recess. Overnight an economic upheaval has taken redefined school. The lunchroom is akin to the wall-street trading floor circa 1980; “I have two Hershey’s with almonds. Looking for a two-week supply of grape bubble gum.” They trade for purer forms of sugar;  “pixie sticks? pixie sticks, anyone?”.

When I was a boy we would use our candy as chips in low-stakes games of poker: Seven card draw with aces, 2s, 4s, one-eyed jacks, black 10s and diamond 7s as wildcards. “I’ll see your mini-box of candy corn and raise you a red lollipop.” “Does 7 of a kind beat 5 pairs?” We had no idea what we were doing. But we loved piling on the kid vices: sugar, caffeine, games of chance and a late bedtime. It was fun!

The problem here is not a once-a-year sugar and chocolate feeding frenzy. The problem is the next morning. Zombies and chihuahua just aren’t very good at learning.

But there is a solution: move Halloween from the October 31 to the last Saturday of October. Simultaneously move Daylight Savings Time to Halloween night. This scenario has happened once previously, in 2009. I handed out candy. I went to a party. I went to sleep (later than usual). At 2 AM the clock moved back to 1 AM. Despite staying up late… I got my beauty rest. And so did all the kids. But it won’t happen again until 2020.

Somebody stand up for what’s right and make this an issue for the next election cycle.

As soon as I finish marking the cards for this Friday’s poker game, I will send an email to my congress person. 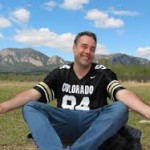 Mr. Kneel is a children’s hip-hop artist based out of the Rocky Mountains of Colorado. He is an incredible improvisational rapper and beat boxer. The first time I ever saw him perform he free-styled about the people in the audience. I remember what he rapped about me:

Dino has the wisdom, his mind is like yoda
I have not met his wife, but I know she teaches yoga

And then he moved on to the next person and rapped about their baseball cap. Watching Mr. Kneel improvise is like watching a magic trick. You are surprised, grinning from ear to ear and in wondrous awe of how he does it.

In September of 2014 I was awarded “The Lighton Prize for Teaching Artist Excellence” from Kansas City Young Audiences. My favorite part was making acceptance speeches. Here is the speech from the Arts for Learning luncheon.

Teaching is part of an ecosystem. There are towering trees and low-hanging fruit. There are gentle rolling hills and intimidatingly steep mountains. There are the clearly marked trails and there is thick underbrush and thorny bramble; gulleys, ditches, valleys, holes, cliffs, quicksand, hornets, skunks, brackish water, and monkeys… in the trees… watching.

There are the teacher’s pets that instill confidence in young recruits. There are the wild animals in the back of the room that force us to broaden our perspective and hone new skills to gain their trust.

There are the trainers: the parents, the co-teachers and the collaborators. They teach us when to stand up and use our words and when to crouch down behind a rock and keep quiet.

There’s the KCYAs, the funders, the board and there’s the students that will, in the future, blaze new trails and continue the journey of learning and the battle for education.

And there are those that know the value of planting a seed… watering the ground… and then taking a step back.

Teaching is part of an ecosystem. That ecosystem is our community. Birth, growth, death, rebirth, revitalization of a community.

On November 23 of 1900, the writer and humorist from the great state of missouri, Mark Twain, said “Every time you stop a school, you will have to build a jail. What you gain at one end you lose at the other. It’s like feeding a dog on his own tail.”

When I say “thank you” I don’t mean thanks for listening. I mean thank you for being part of the community and part of the educational ecosystem. 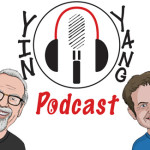 In 2013, Dr. Chris Powell and Dr. Travis Spire-Sweet created and produced the most successful podcast on traditional chinese medicine in the world. It’s a weekly show called “Yin Yang Podcast”. I wrote the “Yin Yang Podcast” theme. As of this writing, their podcast has been streamed 150,000 times. Check out the podcast at http://www.yinyangpodcast.com 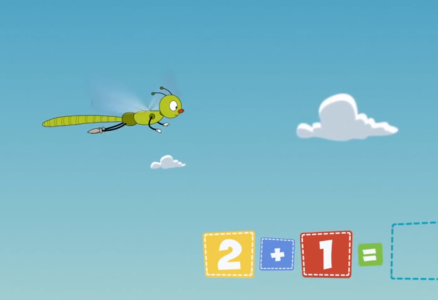 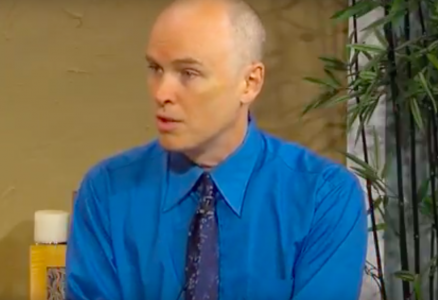